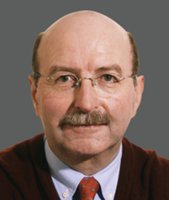 Mr. Frère was Executive Director of Pargesa and of Frère-Bourgeois until 2018, Chairman of the Board of Loverval Finance SA and a director of ERBE until 2017. He was a Director of Electrabel S.A. from April 2010 to April 2014, of Pernod Ricard from November 2009 to November 2012, of Lafarge SA from May 2008 to November 2011 and Managing Director of Groupe Bruxelles Lambert from 1993 to December 2011.

He served as Regent of the National Bank of Belgium until 2018. He is Honorary Consul for France.

He is the director-secretary of the Fonds Charles-Albert Frère, an organization dedicated to helping children in difficulty as well as underprivileged adults. It comprises three non-profit organizations, which receive regular, substantial donations from the family to help fund their programs: Hippocrène, a centre that provides treatment for young people with physical, mental, or social disabilities through “equestrian therapy”; Éclaircie (Ray of sunshine), which offers in-home treatment and assistance to children with serious or terminal conditions and provides support for their caregivers; and Echoline, an association that offers medical and psychological pre- and post-natal care at home for women from particularly disadvantaged backgrounds.