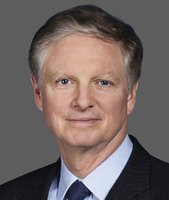 After Power Financial and the Frère Group of Belgium took control of Pargesa in 1990, Mr. Desmarais moved to Europe from 1991 to 1994, to develop the partnership with the Frère Group and to restructure the Pargesa group. From 1982 to 1990, he was a member of the Management Committee of Pargesa, in 1991, Executive Vice-Chairman and then Executive Chairman of the Committee, and, from 2003 to 2019, he was Co-Chief Executive Officer. Mr. Desmarais was Chairman of the Board of Pargesa from 2013 until November 2020, when Pargesa’s reorganization was completed.

He is a director of Power Corporation and of many Power group companies in North America, including Great-West Lifeco, Canada Life, Empower, Putnam Investments, IGM Financial, IG Wealth Management and Mackenzie. In Europe, he is Chairman of the Board of Groupe Bruxelles Lambert and a director of SGS. He was a director of LafargeHolcim until 2020, of Total until 2017, of GDF Suez from 2001 to 2014, and of Imerys S.A. from 1998 to 2008.

He obtained a Bachelor of Commerce degree from McGill University and an MBA from the European Institute of Business Administration (INSEAD), France.