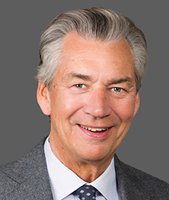 Mr. Doer is a Senior Business Advisor to the law firm Dentons Canada LLP since August 2016. From 2009 to 2016, he served as Canada’s Ambassador to the United States. He was the Premier of Manitoba from 1999 to 2009 and served in a number of roles in the Legislative Assembly of Manitoba from 1986 to 2009. In 2005, as Premier, Mr. Doer was named by Business Week magazine as one of the top 20 international leaders on climate change. In 2017, Mr. Doer joined the Trilateral Commission as a member of the North American Group.

He serves as volunteer Co-Chair of the Wilson Centre’s Canada Institute, a non-partisan public policy forum focused on Canada-U.S. relations. In 2010, he became a Member of the Order of Manitoba and, in 2011, he received a distinguished diplomatic service award from the World Affairs Council.