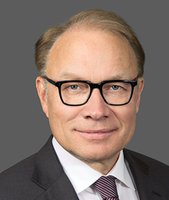 Mr. Vanaselja is a company director. He served as the Executive Vice-President and Chief Financial Officer of BCE Inc. and Bell Canada, from 2001 to 2015. Prior to joining BCE Inc., he was a Partner with KPMG Canada in Toronto.

Mr. Vanaselja is a director of Power Corporation and of several Power Group companies in North America, including Great-West Lifeco and Canada Life. He is also a director and Chair of the Board of TC Energy Corporation and a trustee of RioCan Real Estate Investment Trust. He previously served as a director and Chair of the Audit Committee of Maple Leaf Sports & Entertainment Ltd. He also previously served on the Finance Minister’s Federal Advisory Committee on Financing, on Moody’s Council of Chief Financial Officers, on the Corporate Executive Board’s Working Council for Chief Financial Officers and on the Conference Board of Canada’s National Council of Financial Executives.

Mr. Vanaselja has been an active fundraiser for a number of community organizations including St. Mary’s Hospital Foundation, Big Brothers and Big Sisters of Toronto, Heart and Stroke Foundation of Quebec, Royal Victoria Hospital and the Annual Walk for Kids Help Phone.

Mr. Vanaselja is a Fellow of the Chartered Professional Accountants of Ontario and holds an Honours Bachelor of Business Administration degree from the Schulich School of Business.