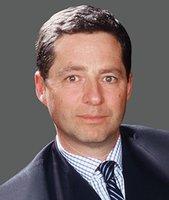 Mr. Lefebvre has been Managing Director for Europe since 1992 and, during that period, he played a significant role in the financial and industrial transformation of Pargesa, the European investment arm of Power.

He serves on the boards of Groupe Bruxelles Lambert in Belgium and Pargesa in Switzerland. He is also a founding partner and the Chairman of the Investment Committee of the European private equity firm Sagard, sponsored by Power Corporation in co-operation with a small group of industrial and influential entrepreneurial families and renowned financial institutions.

Mr. Lefebvre has over 35 years of industrial and financial experience with numerous prominent organizations. He began his career in 1980 with Arthur Andersen in Montréal, before moving to Europe in 1982. He joined the Canadian manufacturing group M.I.L. Inc. in 1986, where he held a number of senior executive positions, whilst also assuming until 1991 the Chief Executive Officer role at Vickers Inc., one of the group’s larger operating units.

Mr. Lefebvre graduated from the École des Hautes Études Commerciales (HEC) in Montréal. He is a member of the Canadian Chartered Professionnal Accountants Association.