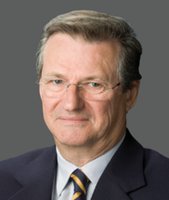 He is a director of Square Victoria Communications Group Inc. He was a director of Lallemand Inc. until June 2017, of Pargesa until May 2017, of Groupe Bruxelles Lambert until April 2017, and of Great-West Lifeco, Canada Life and Empower Retirement until 2016.

Mr. Plessis-Bélair holds a degree in Business and Accounting and a Master of Business from HEC, an MBA from Columbia University, and a Bachelor of Arts from Université de Montréal.