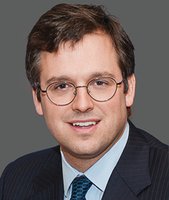 Mr. Desmarais has been Senior Vice-President of Power Financial and Power Corporation since 2017. He acts as the Chairman and CEO of Sagard Holdings, the Executive Chairman and co-founder of Portag3 Ventures, and the Chairman and co-founder of Diagram. Within the investment portfolios of Portag3 Ventures and Sagard Holdings, he is the Chairman of Wealthsimple and Peak Achievement Athletics, and a director of Koho, Integrate AI, and IntegraMed. He also sits on the boards of Pargesa, Groupe Bruxelles Lambert and Imerys. He also served on the boards of Canada Life, IG Wealth Management and Mackenzie.

Before joining Power as Vice-President in May 2014, he was Assistant Vice-President in the Risk Management Group of Great-West Lifeco beginning in 2012. Previously, he worked in supply chain management and corporate strategy at Imerys in France. He began his career in 2004, working for five years with Goldman Sachs in the United States, in the Investment Banking and Investment Strategy Groups, as well as in the Special Situations Group.

In 2000, he was awarded the Duke of Edinburgh’s Award (Gold Level). Mr. Desmarais is the Founder and Honorary Chairman of Young Canadians in Finance, which provides young professionals working in the private and public financial sectors an exclusive network that enables them to assume leading roles in this field. He served as Co-Chair of the True Patriot Love 2014 Arctic Expedition to the Magnetic North Pole. He also sits on the Board of Directors of Next Canada, an organization that fast tracks the development of Canada’s most talented young innovators, turning them into the country’s outstanding future business leaders and innovators. Mr. Desmarais was also the Chair of the Kenojuak Cultural Centre and Print Shop campaign.