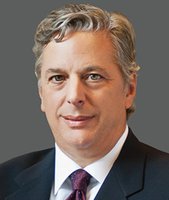 Mr. Le Vasseur joined the Power group of companies in 1992 and currently serves as Vice-President and Controller of Power Financial and of Power Corporation.  His responsibilities include financial reporting, budgeting, taxation and information technology.

Mr. Le Vasseur began his career in 1982 with Touche Ross, a predecessor firm of Deloitte & Touche, specializing in the audit of large holding companies. He also worked on various consulting assignments in the field of mergers and acquisitions.

Mr. Le Vasseur earned a Bachelor of Science in Mathematics and an MBA from McGill University, and obtained his Chartered Accountant designation in 1985. In 2020, Mr. Le Vasseur received the prestigious title of Fellow from the Order of Chartered Professional Accountants of Quebec (FCPA). This title formally recognizes those members whose achievements in their careers or in the community have earned them distinction and brought honor to the profession. He serves on the board of directors of the On the Tip of the Toes Foundation, an organization that helps teenagers living with cancer regain their self-esteem and sense of pride through wilderness adventure therapy.