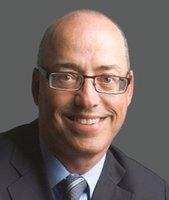 Mr. Reny has been Vice-President of Power Corporation since 2005 and Vice-President of Power Financial since 2009. Currently, he is responsible for human resources and compensation matters as well as real estate management and various aspects of Power’s operations. He joined Power Corporation in 1989 as a financial analyst and was subsequently named Executive Assistant to the President. In 1995, he was appointed Director of Administration.

He began his career in 1983 at the Caisse de dépôt et placement du Québec, where he worked as a financial analyst in the Asset Management and Equity Markets departments until 1989.

He is President of Square Victoria Real Estate Inc.

Mr. Reny holds a Bachelor of Commerce from Université Laval and an Executive MBA from Université de Sherbrooke. He earned his Chartered Financial Analyst (CFA) designation from the CFA Institute in Virginia, United States. In February 2017, he also obtained the certification Chartered Director (C.Dir.) from The Directors College.